Peripheral vascular disease results from narrowing of the peripheral arteries that supply oxygenated blood and nutrients to the legs and feet. This pathology causes symptoms such as intermittent claudication (pain with walking), painful ischaemic ulcerations, or even limbthreatening gangrene. It is generally believed that the vascular endothelium, a monolayer of endothelial cells (ECs) that lines the luminal surface of all blood and lymphatic vessels, plays a dominant role in vascular homeostasis and vascular regeneration. As a result, stem cell-based regeneration of the endothelium may be a promising approach for the treatment of PAD. Critical limb ischaemia (CLI) is an advanced form of peripheral artery disease which is responsible for about 100,000 amputations each year in the US. Trials to date have reported clinical improvement and reduced need for amputation in patients with CLI who receive autologous bone marrow or mobilised peripheral blood stem cells for stimulation of angiogenesis. There is no effective treatment for lower limb ischaemia caused by peripheral vascular disease and it is necessary to amputate the limb at the end stage. Therefore, the concept of effective therapeutic angiogenesis has become widely accepted during the past few years and it has emerged as a strategy to treat tissue ischaemia by promoting collateral growth using drug, gene or cell therapy. This article provides an overview of current therapeutic challenges for the treatment of critical limb ischaemia, the basic mechanisms of stem cell therapy, the most relevant clinical trials as well as future directions for translational research in this area.

Critical limb ischaemia (CLI) is an advanced form of peripheral artery disease, which is responsible for about 100,000 amputations per year in the US.1 A promising approach using cell therapy has recently been developed to treat intractable symptoms related to ischaemia in people with PAD in who have not responded successfully to conventional medical therapy and revascularisation. Credit goes to James Thompson at UW, Madison – who was the first to discover how to isolate and culture human embryonic stem cells (hES cells ) in 1998 (Figure 1).2

Peripheral vascular disease (PVD) is a growing health problem in Western societies. PVD presents itself with different degrees of severity; intermittent claudication (IC) is an early moderate manifestation and critical limb ischaemia (CLI) is a more chronic and severe problem typically involving tissue loss (Figures 2 and 3). Bypass surgery or balloon dilatation can be used, but many patients with moderate-to-severe PVD cannot be helped by such interventions due to the presence of life-threatening comorbidities or the diffuse nature of underlying vascular disease.3 Furthermore, many patients with CLI do not respond to current treatments and require limb amputation.4 For patients with no other option, there is the possibility of using non-invasive, alternative revascularisation strategies that are being tested in the clinic as well as single angiogenic gene/protein and cell-based therapies. Unfortunately, the outcome of clinical trials using gene/protein-based therapy has been disappointing.5,6 The failure of this approach is likely to be caused by several factors, including an incomplete molecular understanding of the complex vascular growth process, the likely necessity for concurrent use of multiple angiogenic factors,7 and most of the references mentioned in the article have shown limitations and variable degrees of instability of currently used factors in treatment of no option patients suffering from CLI. Additionally, the dysfunctional endogenous vascular cells may fail to respond to these factors and administration of functional vascular cells may be needed. While transplantation with vascular stem cells may offer functional revascularisation and protection against tissue loss in patients with mild or severe forms of PVD, this therapy does not replace tissue that has already been lost. This has led to the hypothesis that treatment with multipotent stem cells that are able to generate blood vessels as well as replace lost target tissue may provide significantly more benefit for patients suffering from more severe forms of PVD, such as CLI.

Several cell types, including bone marrow cells (BMCs), embryonic stem cells (ECs), mesenchymal stem cells (MSCs), skeletal myoblasts (SkMBs), umbilical cord or peripheral blood cells, adipose tissue-derived stem cells (ADSCs), and endothelial progenitor cells (EPCs), have been tested for their ability to restore blood supply and/or muscle function in ischaemic limbs.8–15 Despite encouraging results from pre-clinical and small uncontrolled clinical trials,16,17 many questions concerning stem cell-based therapy remain to be answered. The long-term efficacy and safety of this approach has not been fully evaluated and some grafts may contain cells that are harmful to already-compromised tissue. It has not yet been determined whether cells that can also regenerate the ischaemic tissue aside from vascular restoration are superior to cells able to aid only in revascularisation and whether these cells are effective in both moderate and more severe forms of PVD. There is also little information as to the importance of the differentiation status of the transplanted cells,18 and we are unsure whether better results would be achieved with fully mature cells, with progenitors committed to a certain cell type, or with immature non-committed stem cells that have the capacity to differentiate into vascular and non-vascular tissue cells. Pre-clinical studies have suggested that in contrast to EPCs, terminally differentiated ECs do not improve revascularisation.10,19 The challenge of addressing these issues is further increased by the likelihood that results from studies with animal cells may not necessarily be extrapolated to those with human cells. 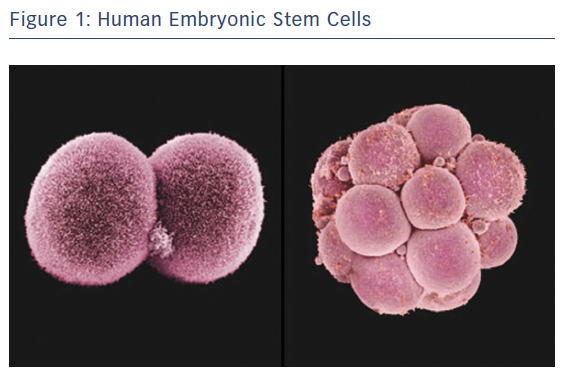 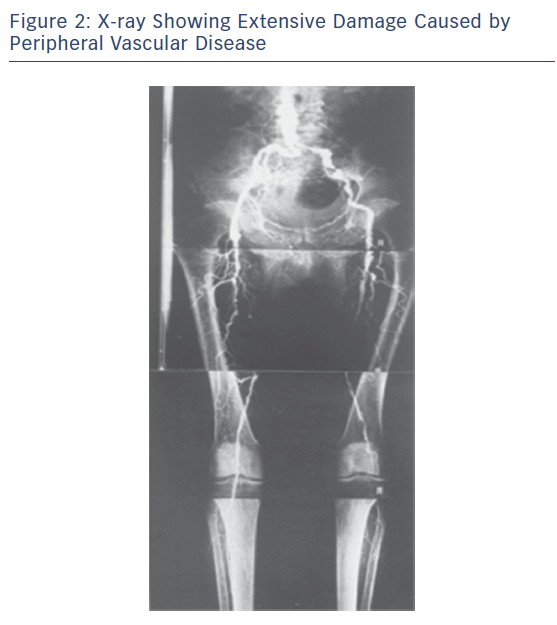 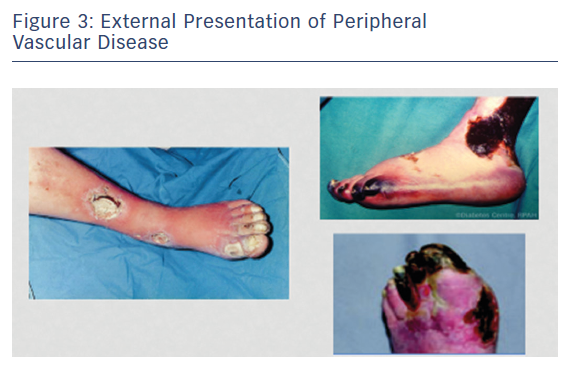 From Research to Practice

The understanding of the mechanism of neovascularisation in adults has continued to evolve over the years. Previously, the process was thought to occur solely through angiogenesis (the sprouting of new vessels from pre-existing ones); but there has been a paradigm shift after the concept of vasculogenesis came to be redefined with the discovery of bone marrow-derived progenitor cells. Vasculogenesis is the de novo development of new vessels from endothelial cells with eventual transformation to mature endothelial cells, vascular smooth muscle cells and pericytes.20,21

The therapeutic use of progenitor cells poses certain unique questions for clinical trial design. In addition to the usual experimental variables that would be considered for a pharmaceutical agent, such as the dose of the drug, the patient population, and the end points, cardiovascular cell therapy studies must consider many additional variables, including the source of stem/progenitor cells, the method of obtaining cells, cell processing protocols, the selection of cell subtypes, the route of cell delivery, and whether a single dose or multiple dose regimen will be tested. In addition, as a biological therapy, extensive quality control measures must be in place to ensure safety and to evaluate the impact of cell phenotype on efficacy.

Walter et al. report the results of the randomised, double-blind, placebo-controlled intraarterial progenitor cell transplantation of BM mononuclear cells (BM-MNCs) for induction of neovascularization in patients with peripheral arterial occlusive disease (PROVASA) study.22 In this study, 40 patients were randomised in a 1:1 fashion to intraarterial delivery of either BM-MNCs or placebo. The PROVASA study used an innovative randomised-start clinical trial design. After initial randomisation and treatment with either BM-MNCs or placebo, patients were followed for 3 months. At this point, placebo-treated patients crossed over to active treatment and active-treated patients received a second treatment of BM-MNCs. This unique protocol allowed the PROVASA investigators to determine whether repeated treatments of autologous cell therapy may be beneficial compared with a single treatment. This is important because randomised trials of cardiovascular cell therapy to date have primarily used a single administration of cells and there is evidence that a single administration may have a limited effect.

The PROVASA study failed to meet its primary end point of a change in ankle brachial index (ABI) and the authors believe that change in ABI was a poor selection as a primary end point because they did not find a correlation between change in ABI and improvement in ulcer healing or improvement in rest pain. This same divergence between surrogate end points like ABI or transcutaneous oximetry and hard clinical end points has been noted in other CLI studies and remains a major challenge in designing phase II studies for this condition.23 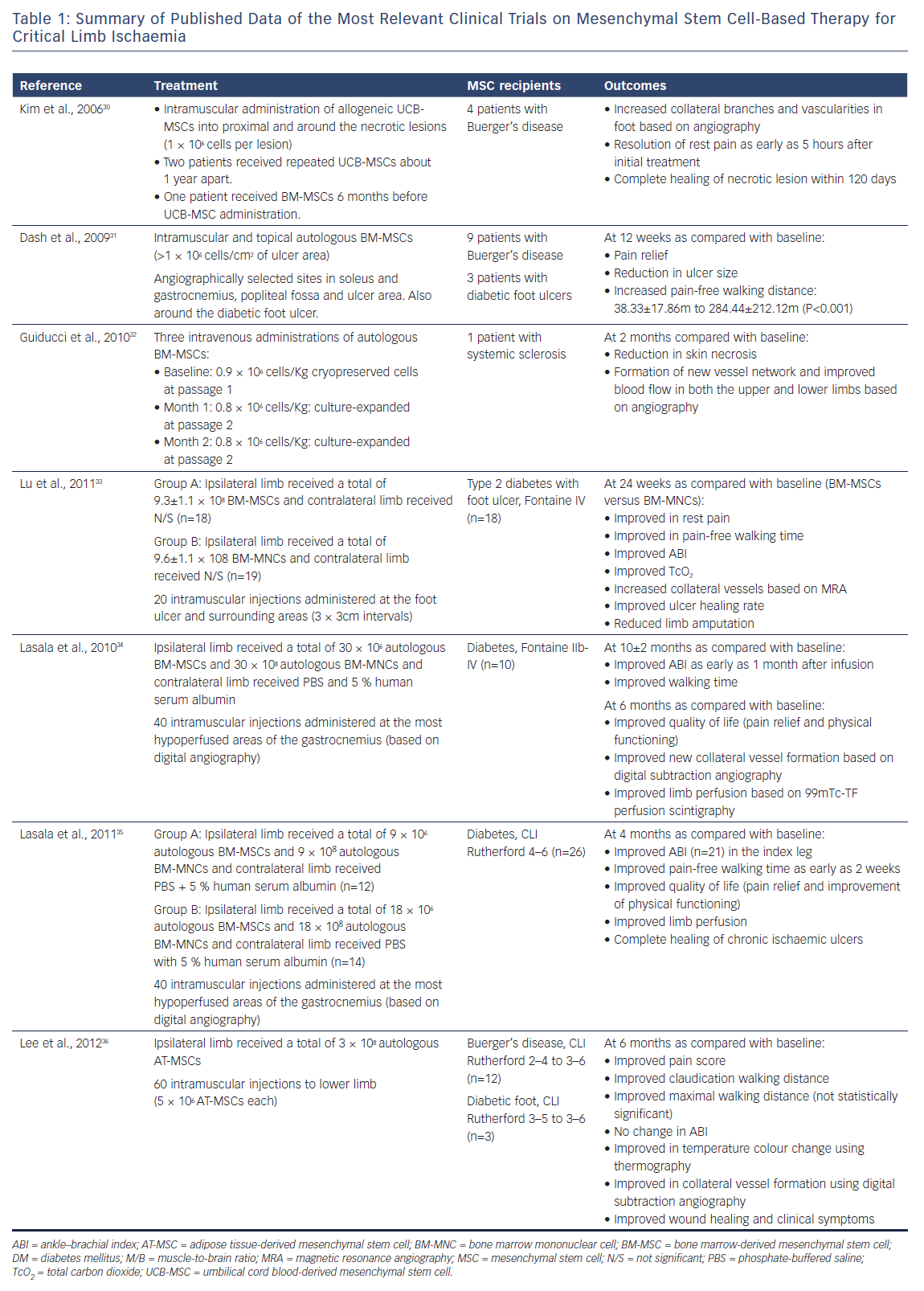 ºOther phase I/II human clinical trials have been conducted, based on the evidence from animal studies demonstrating positive outcomes of stem and progenitor cell therapy in models of ischaemia.24,25 The author’s pilot study using autologous bone marrow mononuclear cells to be directly injected in ischaemic calf muscles did not show consistent efficacy.26 Globally, stem cell therapies in peripheral atherosclerotic occlusive disease clinical trials during the past decade have shown wide discrepancies concerning stem cell source, mode of delivery and outcomes.27,28 This is equally true in similar trials addressing coronary ischaemia.29 Table 1 shows results of the most relevant published clinical trials of stem cell therapies for CLI resulting from various vascular disorders of the lower limb.30–36

It has been shown that adipose tissue-derived MSC (ATMSC) have similar characteristics to bone marrow stromal cells (BMSC). They can differentiate into endothelial cells and have a proangiogenic effect in the hind limb ischaemia model.37,38

MSCs have been shown to be effective in multiple reports in pre-clinical models of CLI. In addition, there is a substantial amount of evidence on the safety of MSC administration in humans. So far, there has been no evidence of toxicity in terms of either aberrant differentiation or tumour genesis noted in human studies. Larger studies with longer follow-up will be required to confirm its safety. The published human data reviewed in this article have involved small numbers of patients with relatively short follow-up periods. Since CLI represents the most severe form of PAD, it may also reduce the likelihood of demonstrating efficacy given the severity of the disorder. Patients with CLI are the easiest group to obtain ethical approval for trials given that they have no alternative revascularization option. Once additional safety data are collected, it may be reasonable to progress to studies involving patients with intermittent claudication who represent the majority of patients with PAD and in whom therapeutic efficacy may be easier to demonstrate. This review did not focus on good manufacturing practice (GMP) in the production of cells or issues surrounding the need to scale up manufacture to generate a therapeutic product with predictable efficacy. The challenge remains to undertake clinical trials that progress from phase 1 to 3 while using cells manufactured under GMP conditions. The issue of whether to use autologous or allogeneic ‘off the shelf’ cells will also need to be addressed. In fact, after local injection of many kinds of stem cells in ischaemic areas of the lower limbs, as shown in the above-mentioned studies, a large proportion of the cell population either die or fail to mature into vascular endothelial cells.

Porat et al. postulated that alternatively activated dendritic cells (DCs) can promote the generation of EPC-enriched stem cells within a 1-day culture.40 It is still unknown whether induced pluripotent cells (IPCs) are the most likely area toresearch. Isolation, purification as well as commercial preparation of some intracellular angiogenic factors such as vascular endothelial growth factor (VEGF) is another area of great interest that may add further insights to future research targeting non-reconstructible limb ischaemia.